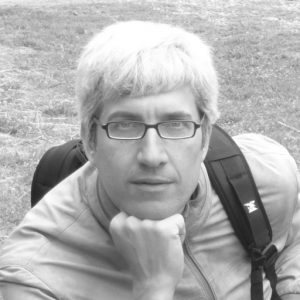 My name is Giancarlo Trevisan, I have been intrigued by computer science since 1979: I have read a lot about it, seen a lot, tried a lot, messed up a lot, plainly done a lot, and yet, a lot remains. I am a generalist and a minimalist, an interesting combination that philosophically guides me to a perceived yet elusive truth: I think that complexity is just a lot of simplicity.
In the 80s I was right in the middle of where I should have been, M.I.T. [MechE 2A BS ’87]; in those years I wrote a lot of C (BSD, X Window System) that transformed me, thanks to M.I.T. Project Athena, into a pioneer in the emerging educational computing arena, see ResearchGate. The X Toolkit was in its infancy, so I created a GUI library to assist me in the development of educational software.

In 1989, during an interview at Digital Corp. in Maynard MA, I realized the importance of protocols described with mathematical rigor; since then, I consider computer science the art of distilling patterned protocols.

I have been focusing on Internet technologies since 1996 ( years ago), keen on standards, patterns, and guidelines, distilling the essence of Internet developments in what I believe is a missing W3C protocol, see Spin the Web Project.

The name has its origins in the early 80s with the KeyVision project: the project envisioned a computer keyboard whose individual keycaps housed a small programmable 32×32 LCD, the LCD could show, real-time, icons and characters sets in various languages, fonts, and styles, elevating the keyboard from a simple input device to a full-fledged I/O device. Back then KeyVision simply stood for keycap with a screen, today KeyVisions (one word) is a synonym for essential views. KeyVisions was founded on Jan 17th, 1996 ( years ago).

Page load link
By continuing to use the site, you agree to the use of cookies. Ok
Torna in cima